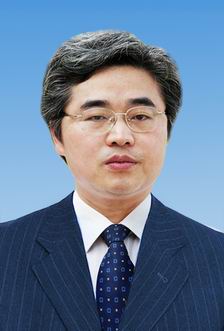 Honors
He was a winner of the first Prize of Beijing 6th Excellent Research Projects on Philosophy and Social Science, and took part in the 9th Young University Teachers Fund Programs sponsored by Huo Yingdong Educational Foundation. In 2006 he was elected to the “The New Age Outstanding Talent Supporting Program organized by the Ministry of Education”. In 2010 he was also included in the list of 2nd group of leading talents on social science in Jiangxi higher education. In 2011 he was selected to the Jiangxi Ganpo ‘555’ Outstanding Talent Project. In 2013 he won the title of the first group of excellent middle and young experts on social science in Jiangxi province.

Professional Experience
He graduated from Jiangxi University (now Nanchang University), majoring in history. He got his master’s degree in history of Sports from Chengdu Institute of Physical Education in Sichuan province in 1995，and his doctoral degree in humanity in physical education from Beijing University of Physical Education in 2002. He acted one after another as chief of the teaching and research section of journalism, vice dean (acting as dean) of department of media, and the vice dean of department of Beijing Olympic Literature and Information Center of Beijing University of Physical Education. He studied in Victoria University in Australia from July 2002 to January 2003 and in Colombia University in US from September 2012 to September 2013 as a visiting scholar respectively. He has acted as vice president of JUFE since December 2008.

Research Fields
His research fields: Sports history, sports culture, sport news and communication in his early stage. In recent years, he focused his research fields in sports economy and management from the perspective of public administration, in relation to the sports social capital, sports administration, sports public service, and has published more than 100 papers in journals both home and abroad, 10 of his own works, 8 works with his chief editing, 2 works translated, and more than 10 works written (translated) jointly. He also took charge of and conducted 2 programs of the National Social science Foundation, and 5 academic topics at both provincial and ministerial levels, such as the State General Administration of Sport and the Jiangxi Development and Reform Commission.