Vice Chairman of the Board Yang Jianlin 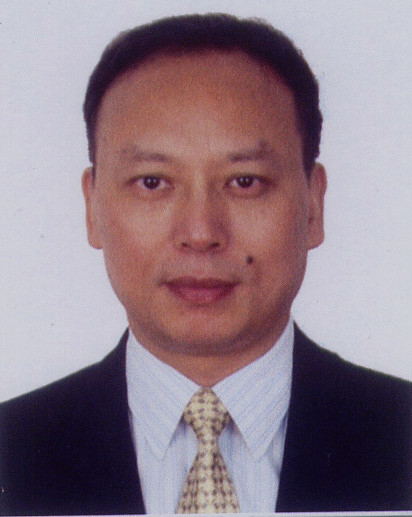 Prof. Yang Jianlin, male, born in November, 1960 in Yichun city, Jiangxi Province, graduated from Changchun College of Geology in July, 1982. He furthered his study at China University of Geosciences, and obtained a doctoral degree in June, 2007. Now he is a professor of engineering, National Registered Constructor. He has been entitled many honors such as State Council special allowance, National Excellent Project Manager of Construction Industry, National Excellent Staff of Quality Management of Construction Engineering, and Provincial Model Worker.

Professional Experience
Prof. Yang used to be a technician and engineer of Brigade of Hydrology and Geology Survey of Jiangxi Bureau of Geology and Mineral Resources. In November, 1993, he was appointed as the vice director and senior engineer of Jiangxi Bureau of Geological and Mineral Resources. In July, 1998, he was the deputy general manager, chief engineer and professor-level engineer of Jiangxi Geo-Engineering Corporation. In November, 2001, he became the General Manager of Jiangxi Geo-Engineering Corporation and in February, 2005 he became the Team Leader of Construction Engineering Group of Jiangxi Bureau of Geological and Mineral Resources. In May, 2006, he was the secretary of the Party Committee, Deputy General Manager of Jiangxi Geo-Engineering (Group) Corporation (Construction Team). In July, 2008, he was nominated as leader and deputy commander of the Re-building Project of Xiaojin County, Sichuan Province supported by Construction Headquarters of Jiangxi Province. Since February, 2011, Prof. Yang has been the member of the Party Committee of JUFE and secretary of the Commission for Discipline Inspection of JUFE.

Specialized in building foundation and construction project management, Professor Yang has won five times the second and third prize of Science and Technology Progress Award, provincial or ministerial level, published one monograph and more than 10 treatises.