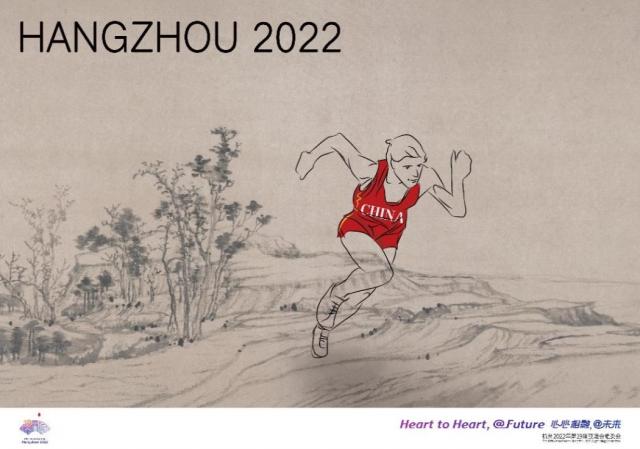 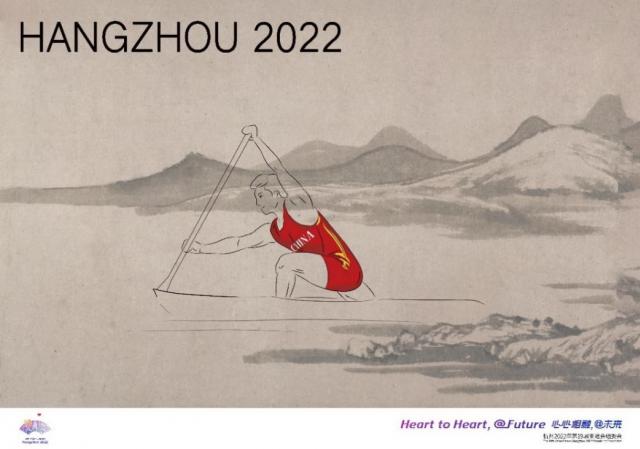 Recently, the official posters of the 19th Hangzhou Asian Games in 2022 were released. The series works of The Realm of Fuchun designed by Zhang Wei, student of visual communication design program from the School of Art, under the direction of Zhang Guannan, were successfully selected for representation..

The Realm of Fuchun took inspiration from an famous ancient Chinese painting, Dwelling in the Fuchun Mountains, which depicted Fuyang District, Hangzhou City, known as a place of happiness. The poster is slowly spread out with traditional landscape as the background, showing the tradition and quietness of the city. A modern sportsman is added to the landscape background. Its clear ink and simple artistic conception expresses the charm of the Qiantang River and the sports spirits of athletes. The design works combine dynamic with static, presenting a combination of the profound history of Hangzhou with the Asian Games.

The official poster is an important visual image of 2022 Hangzhou Asian Games, and an important carrier to display the cultural characteristics of the host country, host city, and their conception in hosting the game. Hangzhou Asian Games Organizing Committee has issued an invitation for its official poster design, and received a total of 1,789 works from all over the world. The participants are not only young artists and design lovers, but also well-known designers at home and abroad. After a series of complex procedures such as open submission, expert review, duplicate checking, in-depth revision, and approval, only a small number of works were selected for display.

The selected posters focus on different themes of History and Humanities, Intelligent Technology, Sports Competition and Happy City, and discuss the aesthetics of the Asian Games and the Olympic spirit, conforming to the positioning, goals and concept of the Hangzhou Asian Games, while  spreading the culture and customs of Hangzhou. At the same time, the official posters will be widely used in the games to communicate with the world.