On October 16-17, the “International Symposium on Economic History Research in a Comparative Perspective and the Eighth Annual Meeting of the Chinese Economic History Society (CEHS)”, co-sponsored by the CEHS, the School of History and Culture of Lanzhou University, and the editorial department of the Researches in Chinese Economic History, was held at Lanzhou University, during which the 8th Council and the Permanent Council were elected, and Associate Professor Qiu Yongzhi of the School of Economics of JUFE was elected a member of the Society as a representative of Outstanding Young Scholars. 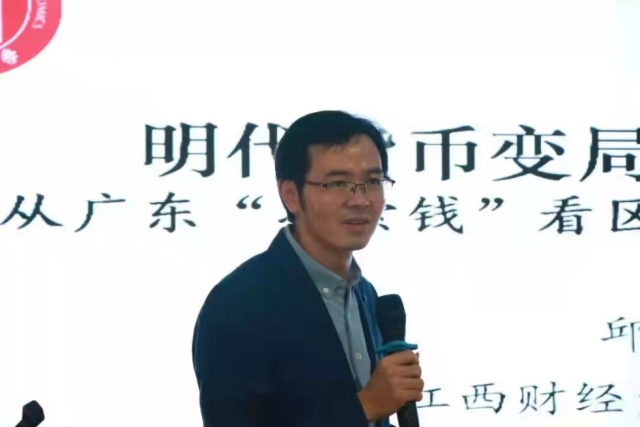 ​CEHS is an academic group of researchers in Chinese economic history that aims to unite the researchers in Chinese economic history, strengthen mutual contacts and academic exchanges, and jointly promote the development of the discipline of economic history. In the early 1980s, it was founded by economic history researchers from 16 institutions, including universities like Peking University, Renmin University of China, and Beijing Normal University, and enjoyed wide support among the economic history researchers throughout the country. Approved by the Chinese Academy of Social Sciences and the Ministry of Civil Affairs, in December 1986, the inauguration of the CEHS was held in Langfang, Hebei Province, with four affiliated committees. On July 21, 2002, the CEHS became a member of the International Economic History Association (IEHA) at the 13th annual meeting held in Buenos Aires, Argentina, and since then, it has been in close contact with each other.