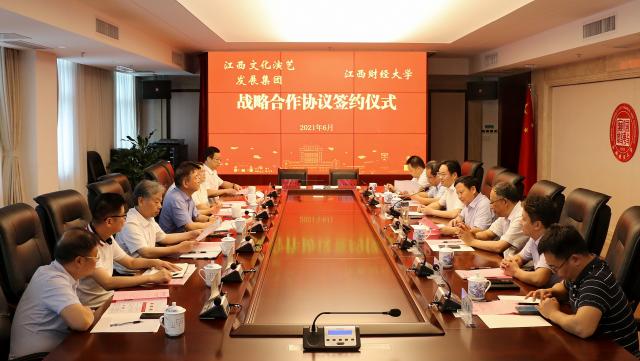 On the morning of June 29, JUFE and Jiangxi Culture and Performing Arts Development Group (hereinafter referred to as “the Group”) held a university-enterprise strategic cooperation agreement signing ceremony, which was attended by JUFE chairman Lu Fucai, Vice Presidents Que Shandong and Yuan Xiong, the Group Chairman Li Xiaohao and Deputy General Manager Ke Henglong, and presided over by YuanXiong. 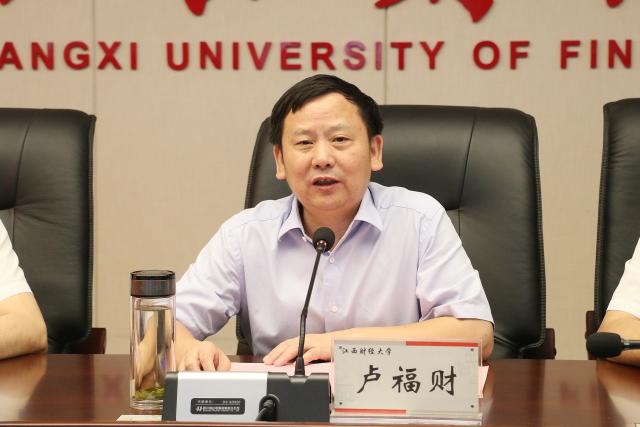 To begin with, Lu Fucai briefly introduced JUFE's history and achievements. He extended thanks to the Group for its long-term support for JUFE's art education and performances. Lu Fucai pointed out that as a large state-owned cultural enterprise funded by the People’s Government of Jiangxi Province, the Group focuses on the cultural industry, takes on performing arts as the main business, and implements the strategy of strengthening the province through culture, a large number of high-quality cultural and artistic works created has gained widespread popularity. Also, he expressed hopes that the two parties could carry out cooperation in accordance with the agreement to ensure that the collaboration would achieve fruitfulresults. 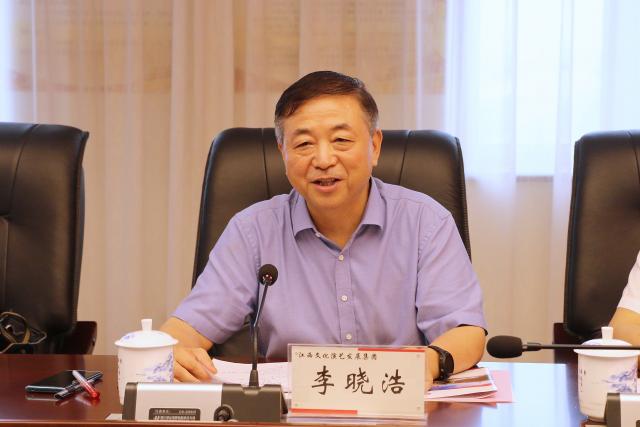 Li Xiaohao made an introduction regarding the development of the Group since its establishment, and added that the Group relies on "three platforms": the cultural performance content production platform, cultural service innovative development platform, and cultural capital investment and operation platform to forma sound situation for development represented by stage arts, theater alliances, art education, culturalandcreativeproducts, digital culture, cultural preservation and ancient reconstructions, asset operation, and cultural finance. He expressed wishes that through the signing, an all-round cooperation between JUFE and the Group could be realized, and more outstanding JUFE graduates could join them. 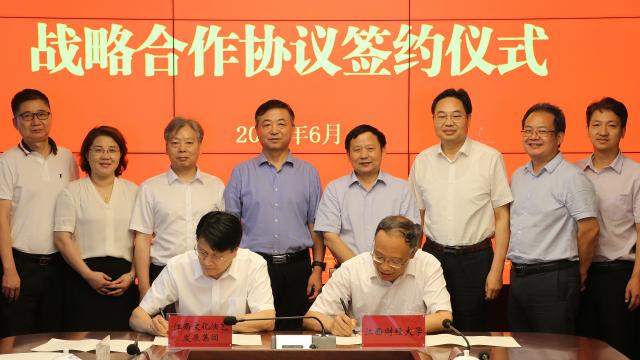 Que Shandong and Ke Henglong signed the agreement on behalf of their respectiveparties.