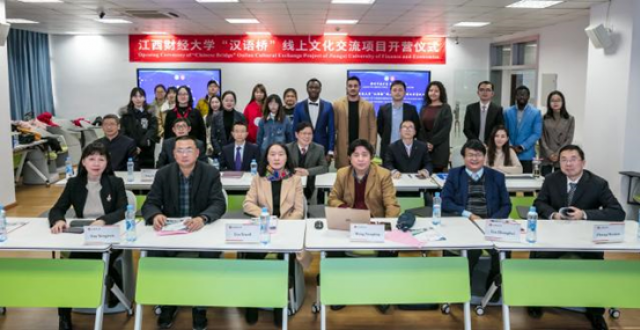 ​On the afternoon of March 1st, the opening ceremony of the Chinese Bridge project themed Listen to China’s Voice, Taste Chinese Culture was heldonline at JUFE. Chair by Xiao Long, director of the Office of International Cooperation and Exchange, the event was attended by JUFE Vice President Liu Xiaoli, Former Vice President Wang Xiaoping, etc., and attracted nearly 200 participants from 24 countries on the online platform named “Chinese Plus”. 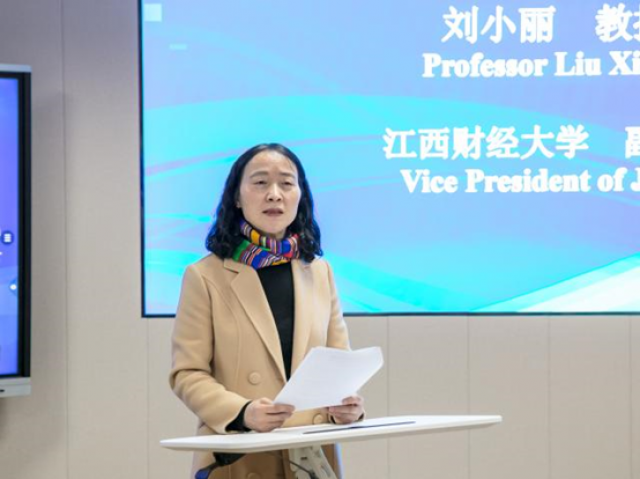 Prof. Liu Xiaoli extended congratulations to all at present, and thanked the project team for their efforts. She pointed out that the “Chinese Bridge” project aims to enable more people worldwide to learn Chinese culture and modern China. Additionally, Liu introduced what JUFE has achieved in school management and its cooperation and exchanges with 148 overseas universities in 40 countries. She expressed her wishes that JUFE, with an open and welcoming spirit, would like to see  more international students on its campus.. 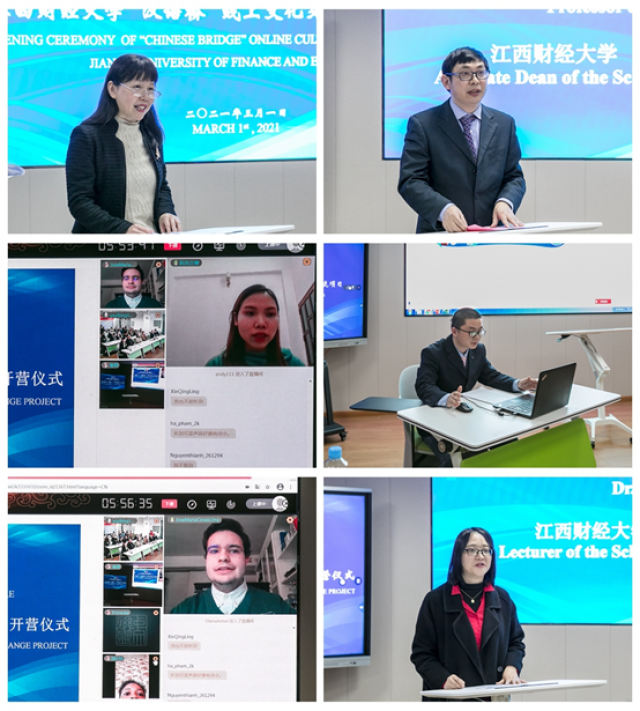 Wu Thi Qing Zhi, director of the Chinese Language and Literature Department of Hanoi National University of Education in Vietnam, stated that this is a golden opportunity for all students to get to know Chinese people, history and how much it has achieved today. She wished all learners would find it a fulfilling experience to immerse themselves in Chinese stories and cultures.

Later on, Xiao Long introduced the preparation of the project and emphasized the course requirements. Jiang Guohe, deputy dean of the School of Humanities, briefed the course arrangements and how courses would be recorded. In addition, three student representatives, Nguyen Thi Lan Huong from Vietnam, Joseph from the UK and Umoru Patience from Nigeria, made speeches respectively.

After the opening ceremony, the first lecture Extraordinary Mandarin was delivered by Dr. Yu Yibing from the School of Humanities. In the next two weeks, 14 JUFE professors would engage learners in Chinese cultures.