On the afternoon of November 14, the 6th JUFE International Cultural Festival was held in the Jueqi Square on the Jiaoqiao North Campus with the participation of Ambassador Anderson N. Maidubike, Consul General of Nigeria in Shanghai, and Ms. Zainab Joy Momodu, Director of the Office of Consular Education. Prof. Deng Hui, along with heads and representatives of relevant administrations and schools of JUFE, overseas students from more than 30 countries, and over 1,000 teachers and students joined the festival. The online check-in activity attracted nearly 5,000 spectators. 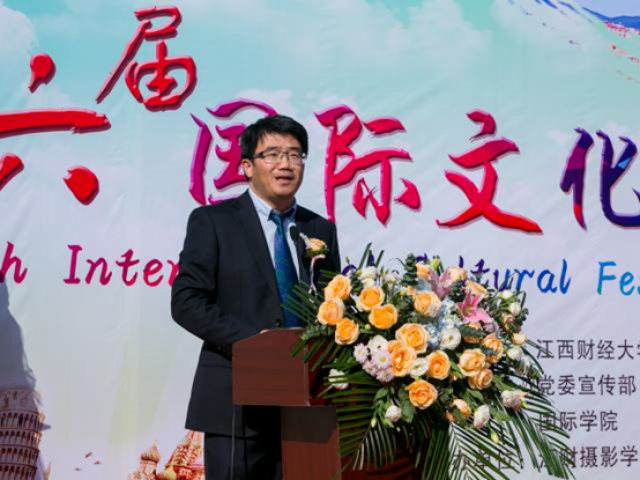 Deng Hui shared how impressed he was by the international students who joined hands with JUFE and passed on China’s Covid-19 response and containment to the outside world. Additionally, he emphasized the role of the International Cultural Festival in promoting cultural exchanges and displaying the features of different cultures. Considering the significance of the festival in enriching the JUFE community, he encouraged relevant schools and administration to improve international student enrollment and education. 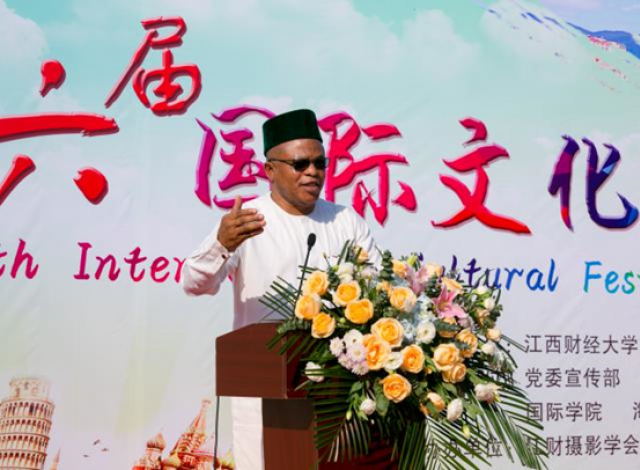 Ambassador Anderson N. Maidubike pointed out in his speech that China and Africa enjoy time-honored ties of friendship and will continue to deepen their exchanges and cooperation. The International Cultural Festival symbolized the Sino-African cooperation, openness and integration. He expressed hopes that all international students, especially African students, could shoulder their responsibilities and work hard while studying in China and contribute to the development of China-Africa relations. 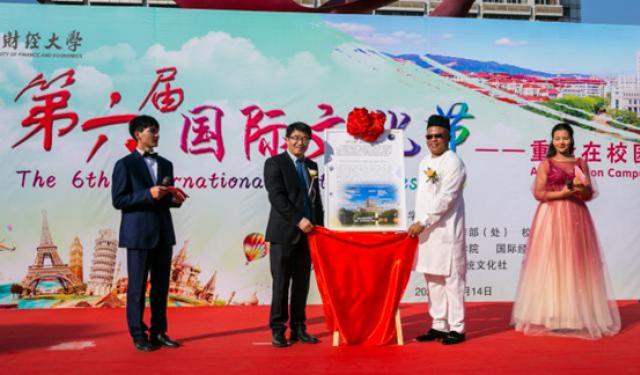 After the opening speech, Deng Hui and Anderson N. Maidubike unveiled the photography exhibition themed Study in JUFE. Ye Weihua, the dean of the Overseas Education College, awarded those international students who volunteered to offer a helping hand in JUFE’s fight against the coronavirus. 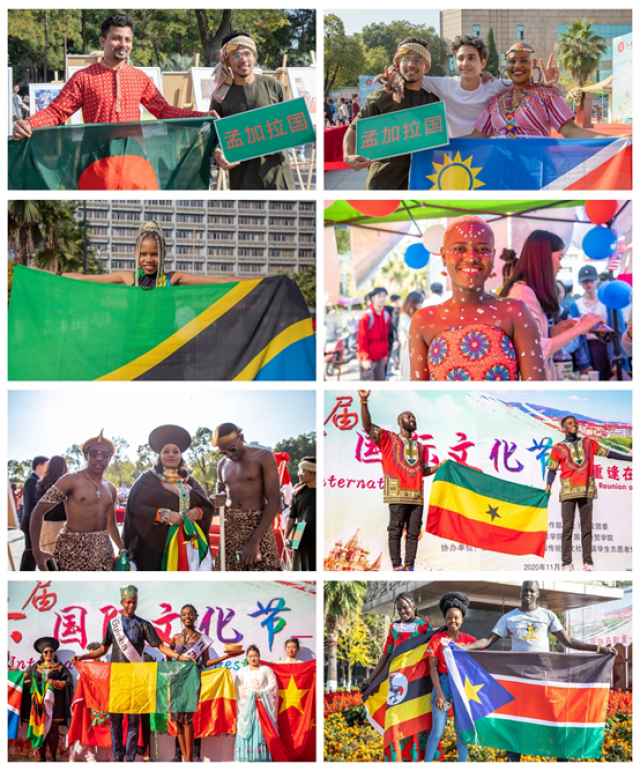 This year’s International Cultural Festival themed Reunion on Campus attracted international students from 16 countries. They showcased different styles of culture with songs, raps, drama, dances, a fashion show, and musical instrument performances, rendering a festive atmosphere where teachers and students could gather together with the pandemic under full control. The performances included the popular song Prelude To Water Melody, and the erhu (Chinese violin) ensemble Horse Racing, a Chinese poetry recitation of Motherland, My Dear Motherland, and a costume show including both overseas and Chinese students. The Festival reached its climax with Moroccan students’ singing Someone You Love accompanied by the electric guitar and jazz drum and ended with the chorus program Bonse Aba. 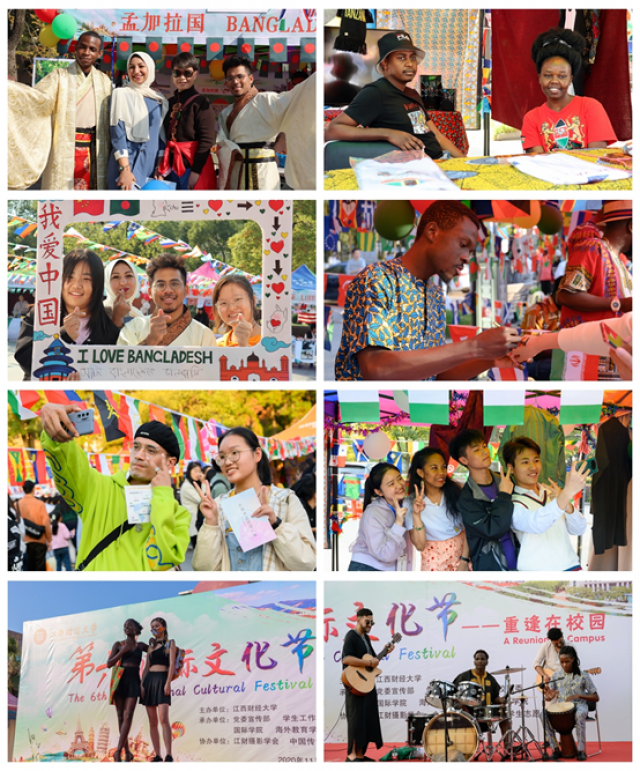 After the performance, JUFE leaders and guests visited the exhibition booths and interacted with foreign students. Spectators flocked to the 14 booths scattered at the two sides of the square to indulge themselves in ethnic posters, photos, and food.

The International Cultural Festivals have been held for 6 consecutive years and attracted wide participation. Having been through years of exploration, trials and innovation, the Festival has developed into a stage for international students. As a brand activity in JUFE, it has been promoting exchanges among various countries since its inception in 2015.