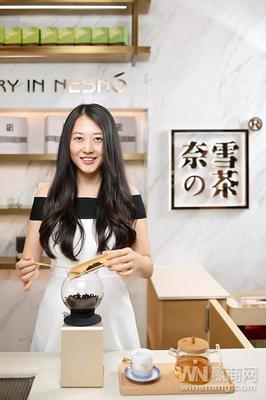 The year of 2020 witnessed the release of China's top 30 most influential business women and top ten youth in Shenzhen 2019. Peng Xin, JUFE alumna majored in business administration in 2006 and founder of Nayuki, is a laureate of the two prizes .

The list of China's top 30 most Influential Business Women has been released for 12 consecutive times since 2009. Over the past 12 years, Ms. Dong Mingzhu from Gree Electric Appliances, Ms. Wuwei from Alibaba and Ms. Yang Huiyan from Country Garden have found themselves in the list, becoming models for female entrepreneurs.

Since its inception in 2013, the Top Ten Youth in Shenzhen has been held for eight consecutive years and each year saw 10 outstanding young people selected from all walks of life. They inspired entrepreneurs in the new era with pioneering and innovative efforts, wisdom, concrete actions and positive attitude toward society.