On May 7th, Elsevier released the sixth Chinese Most Cited Researchers, 2019. Professor Xie Hualin from the Institute of Ecological Civilization of JUFE were selected as the 2019 Chinese most cited researcher in the category of social science. There are altogether 1899 scholars from 229 universities/R&D institutions/enterprises with 38 different academic fields found their names in the list .

The laureates of 2019 Chinese most cited researchers in the category of social science and their workplaces are as follows: 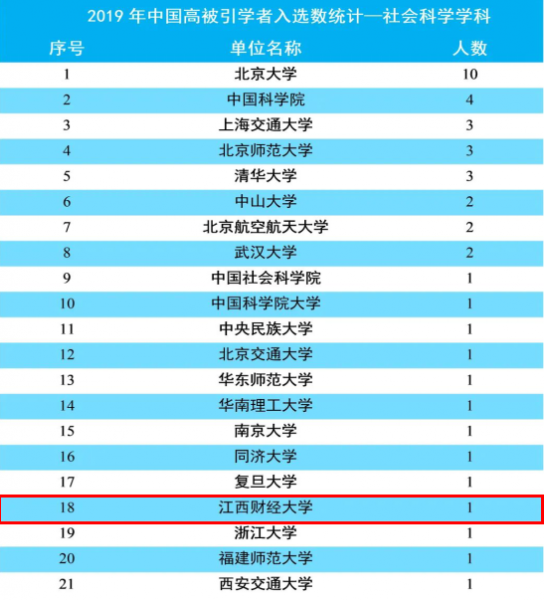 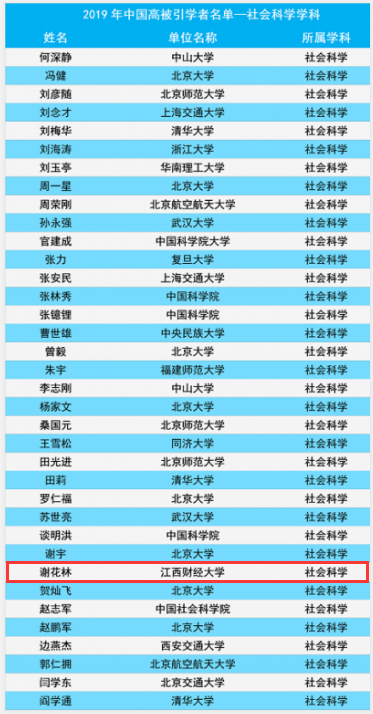 Elsevier is a world renowned publisher dedicated to medical and scientific academic literature. Academic impact is the sole criteria for researchers selection, thus making itself an important index in ranking the best universities in China.